The Tsolyani day is counted from dawn and has eight three hour tenmre, each given a name.

In practice these are all a bit vague for most lower caste Tsolyani. The Tenmre of Dreams is when a lot of farmers get up and the Tenmre of Labour starts soon after that and doesn't really let up for the rest of the day.

The more pernickety priests and sorcerers will name some of the kiren too, and there was one eccentric Thumis scholar who named every last sivel (a 'moment', 4.5 seconds earth time) of the year, all 7 million plus of them.

Astrologers like this system, and the wealthier ones at least have a copy of this book, 'The Almanac of All Moments unto Eternity' by Nirua hiSsaagu, and casually drop in obscure names in conversation with each other as a game to catch each other out. The sivel of Preening Pedantry and the sivel of Blustering Embarrassment come round quite frequently in these circles.

Of more practical use are the manuals of times used by ritual priests and sorcerers looking to maximise the effect of their ritual magic. Combined with the atlases of magical locations and the workings of magico-meterologists who track the daily flows of tappable universal pedhetl these make possible some truly awesome magics. At least in theory. Getting to the right place at the right time can be a bit of bind, especially when that locale is a hundred or more tsan out to sea in the vicinity of the Hluss isles. 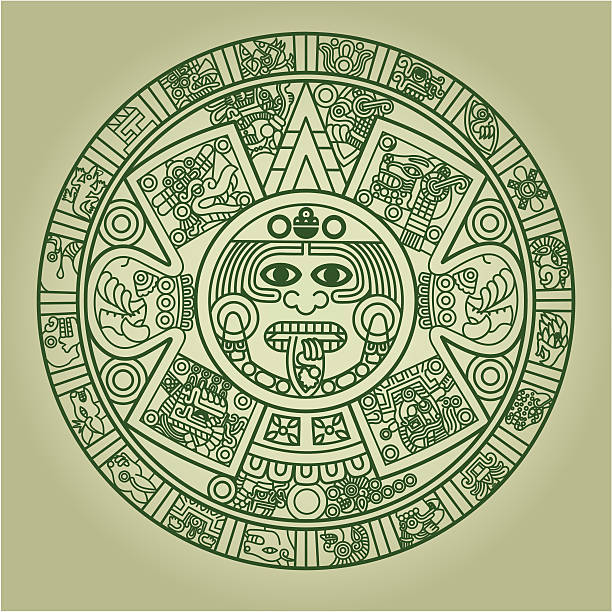 Time for an adventure:

1. The Mighty Ziggurat of Ssirandua the Punctual is a bit of a mystery. Built in the Engsvanyali period it is a whole pile of stonework filled with pipes, most of which are too small for anyone to fit in, an attached shrine housing a whole bunch of huge gears and a pointer, and the whole top level is one huge cavity lined with lead.

Some bright spark at the Ksarul temple has realised the whole thing is a gigantic water clock. Back in the day Ssirandua probably used some kind of Avanthe magic to fill the cistern, but this priest is going to make a diversion to an aqueduct and bring in water at the appropriate height.

It is going to take a bit of work, monsters may have to cleared out of the pipes, repairs made and the incurious nay sayers from the Temple of Avanthe who say there was probably a good reason this thing got shut down and abandoned convinced not to interfere one way or the other.

And what does happen when the great clock starts? When exactly do the mechanism bang the huge tunkul gongs on level two and what does that announce?

2. The Midnight War is being fought between a sect of the servants of Ksarul and a sect of the Dlamelish Temple. Who 'owns' the Third Tenmre of the Night? Ksarul or Dlamelish? This supremely trivial question is a matter of honour for the youth of the Clan of the Dark Moon and the Clan of the Silver Bell. Silver Bell have getting the better of it - their wild party-like rituals have been popular with all sorts of other High Clan gadabouts, and the dour and serious Dark Moonies have been fuming.

But Harchan hiUrkullush has found an old document relating the legend of the Dark Moon clan founding back in the hoary times of Dormoron Plain, when they summoned the mighty beetle demon Erbule and his minions and invaded the gardens of moon Gayel turning the whole moon black.

The guests at the Silver Bell's latest shindig at the Garden of Unsubtle Hints might be in for a big suprise.

3. The Nameless Moment has been discovered. The chronometrists of the Observatory of the Mighty Planets have found that the Tolsyani year is bit off. There ought to be a leap-sivel every 17 years; over the millennia since the founding of the Empire of the Petal Throne the day count has wandered off by several days.

And of course that pedant of pedants Niruas hiSsagu doesn't have a name for it! This year the Palace of the Preisthoods of the Gods is holding a competition to name it. Contestants are to attend their local Palace at the apointed moment, the extra sivel being added to the end of the leap day Kolumehagi, the extra intercalary day that occurs every four years.

Contestants are to sit and mediate upon the moment and see what it feels like, before they pronounce their name for it.

However the rumour has spread that the Palace also intend to put the calendar back 6 days in the coming year, and the clans do not like it or understand why. Riots over the Palace 'stealing a week of our lives' may disrupt the event.

And as it turns out that is exactly what is happening. No one is sure how but the first of Hasanpor has become the seventh by the time people wake up. The astronomers confirm the true date and time, but no one can remember the past week, at least not in the town where the PCs find themselves. A mass mind bar? Have those ratbags at the Temple of Sarku nicked these weeks from thousands of people to add to the span of a Jajgi? Is a demon involved? The college of wizards from the End of Time?

4. The Eye of Enumerating. A body was fished out of the harbour, somewhat decayed and gnawed upon by lampreys and krua. On it's wrist was a metal bracelet that temple investigators are calling the Eye of Enumerating, as it has a grey face upon which characters form and change not unlike the charge indicators on the back of an Eye. The character system is unfamiliar though and the rate at which they change is very regular.

It dawns on some that this is an ancient clock using a time system unknown to modern Tekumel, but still covering the same period as the Tekumel day, though messing with the button reveals two more time systems, each of different length. Where did it come from?

Investigation will reveal the man to be Yuraki, a Pakalan merchant (or at least a less rapacious than normal pirate), but where he get it? And where did he get the carved bone dagger found inserted into his viscera, the likely cause of his death?